September 17, 2016
Over the summer Doyle/Ryder Elementary School in Flint was the winner of the Detroit Pistons “Reading Room Makeover” contest presented by Farm Bureau Insurance and their newly renovated library is about to unveiled September 21st.

We know the Detroit Pistons ‘go to work’ on the basketball court, and they do the same for the community during the off season.

Over the summer Doyle/Ryder Elementary School in Flint was the winner of the Detroit Pistons “Reading Room Makeover” contest presented by Farm Bureau Insurance and their newly renovated library is about to unveiled September 21st. Pistons rookie forward Henry Ellenson and Pistons Legend Earl Cureton rolled up their sleeves to help volunteers from Farm Bureau Insurance and Palace Sports and Entertainment with the 6 week renovation.

“There were books everywhere,” said Earl Cureton. “The school had two floods in 2014 and 2015 and it was a place that desperately needed some work done, we wanted to bring that library back.”

Last February Mr. Gores created FlintNOW, a private sector campaign to raise at least $10 million and deploy operational resources to a broad range of short- and long-term initiatives to help address the water crisis in Flint, Michigan.  The Detroit Pistons have been active in their support of that campaign.

“We congratulate the deserving students and staff of Doyle/Ryder Elementary,” said Dennis Mannion, CEO of Palace Sports & Entertainment and the Detroit Pistons. “These youngsters deserve a new space that promotes learning and growth and we are thrilled to partner with Farm Bureau Insurance to give them that opportunity.  We are pleased to work with Flint Community Schools and further reinforce Tom Gores’ mission to provide long term support for youth in his hometown.” 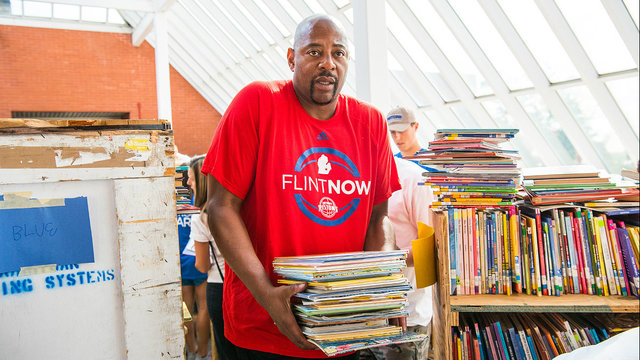 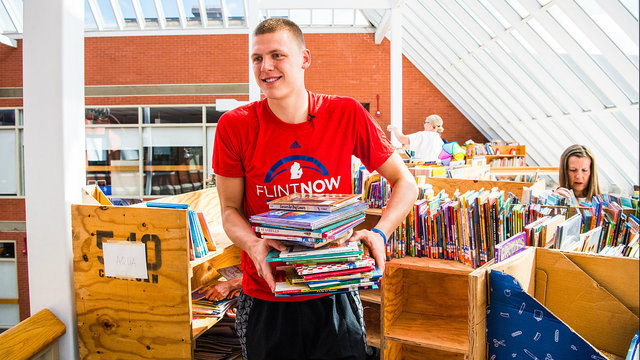 Over 45 schools from 21 cities across the state of Michigan submitted applications including images of their school’s library to be considered in the selection process.  PS&E and Farm Bureau Insurance representatives then narrowed the applicants, visited the finalists’ sites and selected Doyle/Ryder Elementary as the winner.  The floods wiped out their existing library. Due to lack of manpower, time and resources, the library has not been restored to its original state until now.

“There’s a lot of stuff happening there, that’s why Flint was the perfect recipient this year,” said Cureton. “The impact this library can have on these kids is huge, we’re really excited for them to see it.” 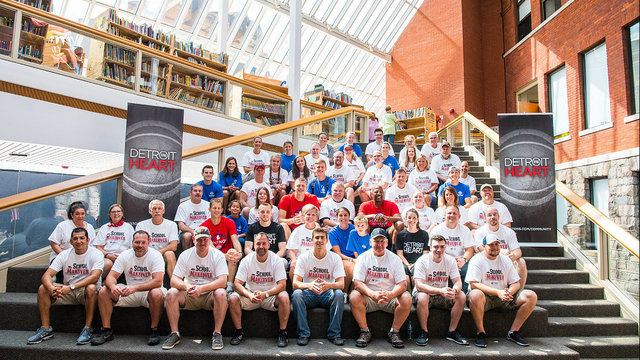 The Detroit Pistons have renovated 32 facilities as part of the NBA’s Live, Learn and Play Program at schools, shelters, and hospitals in Michigan to date.  The Doyle/Ryder Elementary library – complete with new technology, shelving and Pistons themed graphics and decorations – will be the 33rd facility renovated through the program.